HomeHeat, temperature and thermal energy: Are they the same?

Heat, temperature and thermal energy: Are they the same?

The first two terms are commonly used as synonyms for each other and the third is usually not as well known and goes hand in hand. We are going to clarify those doubts once and for all by adding a simple explanation for each of the 3.

As for heat and temperature: let’s take velocity and acceleration as an example. They go hand in hand, but they are not the same. So what does each one represent?

Heat is the transfer of thermal energy between bodies (note that here we mention the third term). It always travels from the hottest body to the coldest body and can be transmitted in 3 ways: conduction (direct contact between bodies), convection (through a fluid, for example, steam) and radiation (through energy waves that propagate in the environment , as does the sun). 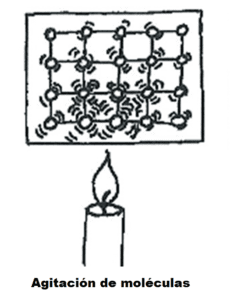 Something interesting to mention is that thermal energy is generated by the movement of molecules. For example, when performing friction between two sandpapers, the molecules closest to the contact area begin to shake with speed, heating up rapidly until they return to their rest state and then cool down. The hottest part would obviously be the contact area, because they were the most agitated molecules, but we must know that the other parts of the sandpaper also exchanged heat and are agitated, although to a lesser extent than the contact area.

This agitation that we mentioned so much is measured by physicists. That speed of the particles is precisely what temperature measures. The faster the particles move, the more thermal energy they generate and therefore there is more temperature in the body that is measured. Temperature, of course, is the main reference we have to know if an object is hotter or colder than normal.

With the previous lines, it now seems that temperature and thermal energy are the same… but they are not! Let’s look at the example of a bathtub with water at 35°C. If we wanted to heat it a little more, we would probably add a cup of boiling water, that is, at 100°C. Does the temperature of the latter rise to 100°C when you pour the cup into the bathtub? Of course not! Rise at most 1 or 2 degrees Celsius. The explanation for this is that although the cup has a higher temperature than the bathtub, it does not have more thermal energy than the bathtub. This is very easily understood when we realize that the bathtub contains a greater volume of water and therefore more particles, which although they are not particles as fast as those in the cup, are more numerous and therefore the exchange of heat between them does not it is very significant.

There are several methods for measuring temperature, thermal energy and its behavior in objects, one of the most versatile is thermography, as we have seen in the previous images, this allows us to visualize what is invisible to our eyes, and thus way to control the transmission of heat between objects.

And this is how these 3 concepts coexist in harmony, being the pillars of the understanding of thermal phenomena. We hope that our explanations have been of your total understanding and pleasure!